I got this!, a campaign to prevent underage alcohol use in Chicago teens, is a collaboration between the Preventing Alcohol Abuse in Chicago Teens [PAACT] coalition and Ann & Robert H. Lurie Children’s Hospital of Chicago.

The campaign is grounded in significant research showing that most Chicago teens are NOT drinking, and most parents and guardians of Chicago teens ARE talking with their teens about alcohol use and setting down rules to prevent it. Unfortunately, the pressure to drink only increases as teens get older, and their parents tend to talk with them less often about drinking as they move through high school.

I got this! reaches Chicago youth and their parents and guardians to reinforce what they’re already doing to prevent underage drinking, and to build resilience in Chicago teens to avoid drinking until they’re old enough.

I got this! is part of a broader effort by Lurie Children’s Hospital and PAACT to address underage drinking. PAACT is advising Chicago Public Schools (CPS) about ways to improve policies around alcohol and substance use. The goal of PAACT’s school policy effort is to bring school substance use policies in alignment with recent reforms to reduce the use of punitive measures, such as suspension and expulsion, in favor of more holistic responses that keep students in school while addressing their social and emotional needs. PAACT’s school policy strategy also includes providing guidance and resources to CPS on how to connect youth to intervention, treatment or other support services.

I got this! is engaging 8th–10th graders across Chicago to:

I got this! is also engaging parents and guardians of 8th–10th graders to:

Sign-up to learn about future events, tools and resources, research and more. 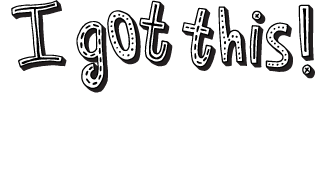